Dairy farmer, Andrew Young is passionate about protecting the environment and does everything he can to prevent nutrients leaching into waterways on his property.

“I use Hatuma Dicalcic Phosphate because it’s a non-water soluble product, so it stays in the soil for the plant to use and doesn’t run off into our rivers and streams. I can sleep at night knowing that if we get a torrential downpour we are not going to lose phosphate.”

“On our dairy farm we are in the bottom ten percent on the OVERSEER® programme for nitrogen output which makes me really happy and I know my choice to use Hatuma Dicalcic Phosphate helps me achieve these results.

“I don’t just farm for money, it’s a lifestyle choice and one of the big things for me is being kind on the environment and if we can use an environmentally friendly fertiliser all the better.”

Andrew milks 250 cows on his 80ha dairy farm and he also has a 170ha beef and dairy support unit, near Norsewood in Southern Hawke’s Bay.

He says one of the main reasons he bought the beef unit eight years ago was because he was so impressed with the quality of the soil.

“I had previously used other conventional fertilisers and I found through the spring time we had quite a few animal health issues with bloat and mastitis.

When I spoke to fellow farmers who had been using Hatuma Dicalcic Phosphate, I found that they didn’t have as many issues as we did, so I thought I would give it a go. My local Hatuma Field Representative, Melinda Turner, has been great giving me the best advice.”

Andrew says his fertiliser decision made a noticeable difference to the stock.

“As soon as I started using Hatuma Dicalcic Phosphate I had no animal health issues. On our beef unit, the animals don’t scour and we don’t use much drench. Animal worm levels are lower and our stock performance has been fantastic. Our cattle growth rates are also better than average.”

“I have noticed that the cows are grazing the paddocks a lot better than what they were prior to using Hatuma Dicalcic Phosphate. We are not getting the nitrogen clumps that we have had in the past because the cows are cleaning those up a lot better which can be a big issue on dairy farms.”

“Hatuma Dicalcic Phosphate encourages all those micro-organisms to grow in the soil which provides a healthier pasture for the cows and they will produce a healthier product at the end of the day.”

“We tend to use very little urea on our farms because we are getting more diverse species in our pasture and a lot more clover.”

Andrew has also been very happy with the increase in the number of earthworms on both his dairy and beef units.

“Earthworms have definitely increased in the last eight years since we have been applying Hatuma Dicalcic Phosphate on the dairy farm. The earthworm population was below ten per square spade and now they are 30 plus per square spade.”

“We are happy with our profitability. Generally over the last 10 years it has been double the national average.”

The cost effectiveness is another reason Andrew was attracted to Hatuma Dicalcic Phosphate®.

“I am saving by not having to use as much phosphate and nitrogen so it’s costing me less in the long run. We soil test every two years and the tests show us that we have good levels of phosphate in the soil and that gives us peace of mind that what we’re doing is sustainable.” 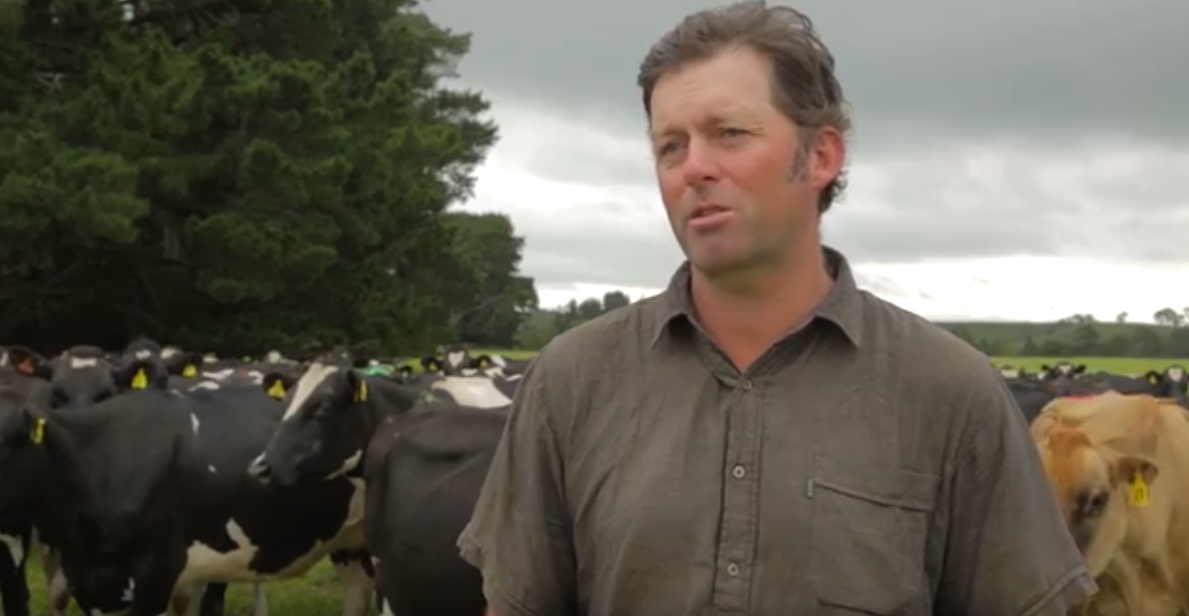