“As soon as we applied Hatuma Dicalcic Phosphate our clover bolted and the worm activity in the soil was amazing. The ground started holding moisture better and our rye grasses took off.”

“The cattle tidy up what the deer don’t eat and help maintain pasture quality.”

Bryce says he noticed the soil quality improved after using Hatuma Dicalcic Phosphate® and his paddocks weren’t drying out as quickly in the dry periods.

“The deer dung used to get blown away by the north west winds. It would blow off the slopes and into the gully. But now the dung doesn’t have time to dry out. It’s absorbed into the soil quickly, which is good evidence of healthy soil.

“We don’t need to spend a lot of money on animal health because the soil is healthier and the stock are able to gather up all the nutrients they need through the pasture.”

Hatuma Dicalcic Phosphate® has also helped improve the clover activity on the Burnett’s farm. They say that they now have clover on the sunny faces where it used to get “cooked out”.

“We don’t need to use much nitrogen anymore because we can now rely on our clover working.

“Instead of using a chemical option, it is better to use the biological activity and make the most of the goodness in the pasture.”

Living in North Otago, the Burnetts are no strangers to dry conditions and say Hatuma Dicalcic Phosphate® has helped improve regrowth during the drier months and stimulate earthworm activity.

“When we come out of a drier period and get a shower again, the earthworm castings are really prominent across the ground. It’s not hard to dig a patch and go fishing on the earthworms on our property now.

“This means the pastures are stronger, the root structure goes deeper in the soil so the earthworms aren’t getting cooked out like they have been in the past.”

Hatuma Dicalcic Phosphate® is spread across 340ha of the Burnett’s property each year.

They apply HDP#8S blend at 300kg/ha and also add 1kg/ha of selenium and 0.5kg/ha copper sulphate. HDP Lucerne mix at 500kg/ha is used for the crops

with an extra 500kg of Ag Lime. “We’re putting on more product now and we are

spending the same amount of money as we used to, so it’s really working for us.

“Hatuma Dicalcic Phosphate is such a stable product so it makes it easier for us in applying other elements for our deer like copper and selenium all in one application with the plane.”

Farming next to the Kauru River brings with it significant responsibilities to water quality and conservation of endangered native fish species found in no other New Zealand waterways. So Bryce says the non-water soluble aspect to Hatuma Dicalcic Phosphate® fits in with the other on farm efforts he is making to help protect this waterway.

“Using Hatuma Dicalcic Phosphate allows us to farm with less reliance on added nitrogen for pasture growth and we have less phosphate loss. This puts us in a leading position if stronger nutrient limits ever come into effect.

“We are future proofing our farm. People will need to be more considerate and not so aggressive with acidic fertilisers and nitrogen in the future. There are better ways of doing it and I think New Zealand can lead the way.”

The Burnetts also like using a product that they know isn’t leaching into waterways.

“Hatuma Dicalcic Phosphate goes straight into the ground and starts working as soon as it hits the soil. We know we are going to get a result from it. We don’t need to wait for a good shower of rain to help it breakdown and start working.”

The Burnetts finish all their deer and everything is killed at 100kg or more.

“Hatuma has helped improve soil fertility and this shows in our stock. We are getting more deer off to the works earlier and consistent carcass weights.

“I think the animals are more settled because they are getting a strong clover base, so they’re very contented which helps production.

“In the past our deer have struggled away on lower quality grass and haven’t done as well. We used to have a lot of old brown top, but after using Hatuma Dicalcic Phosphate we have noticed this brown top is disappearing from our property.

Bryce sources Hatuma Dicalcic Phosphate® locally from Parkside Quarries near Oamaru, which makes the process of getting product easy and cost effective.

“We like the fact Hatuma Dicalcic Phosphate is made locally so it’s very accessible and affordable. We used to freight fertiliser big distances, so the transition to Hatuma has been a good step. Our Hatuma Field Representative, Geoff Booth, also lives just down the road so we feel we can pick up the phone any time and the customer service is fantastic.” 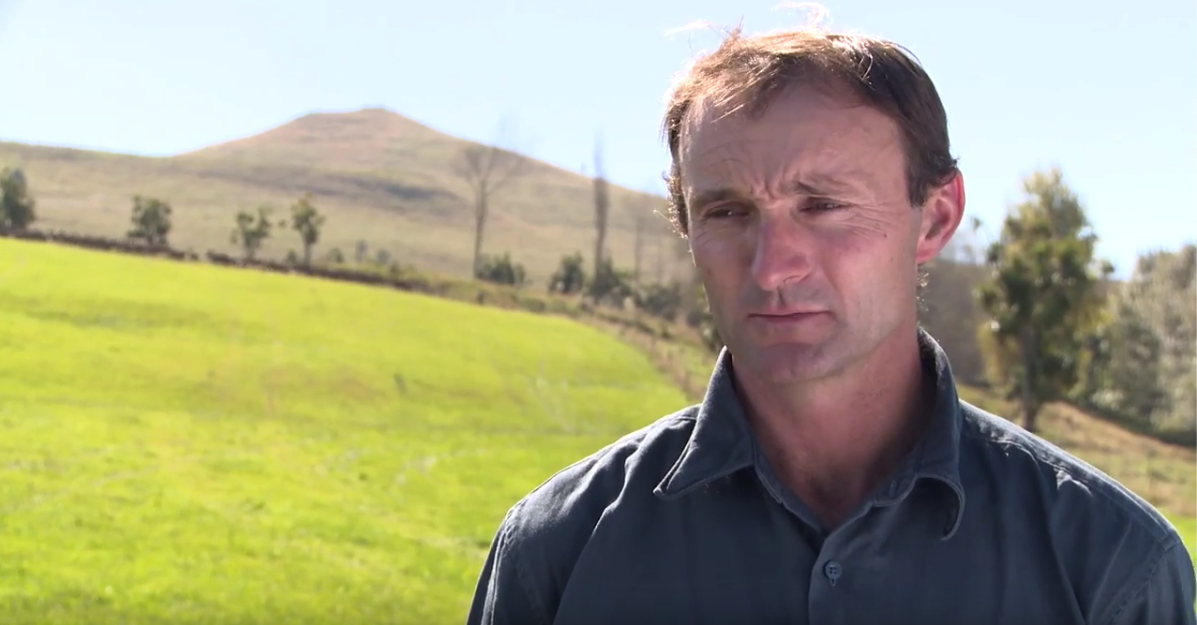