Pat and Sue O'Brien are fourth generation farmers on their Mahia sheep and beef property, which they took over from Sue's parents in 1999.

Pat had also seen some successful results firsthand, which attracted him to Hatuma. Here’s how they add their story to the
Hatuma conversation.

“Thirty years ago I was driving ground spreaders for McGregors Spreading in Central and Southern Hawke’s Bay. I saw successful farmers using Hatuma Dicalcic Phosphate. I noticed that after dry periods the properties which used Hatuma recovered more quickly than properties that hadn’t. When the dry was coming you could also see the pasture hanging on longer,” says Pat.

So applying Hatuma Dicalcic Phosphate® to their 396ha property was a ‘no brainer’ for the O’Briens, who farm in extremely dry conditions in the Mahia summer – a forward thinking approach that has paid off, yielding more profitable results.

Pat says he realised a need to change farming policies and farm more sustainably for the future.

After using Hatuma Dicalcic Phosphate® Pat noticed an improvement in palatability on the areas where it was applied. Stock started grazing areas where they hadn’t been before.

“Hatuma Dicalcic Phosphate seems to make the native pastures a lot more palatable. The stock began to graze these areas whereas prior to us coming here, the animals would graze around it.”

Not only did the native pastures start tasting better to the stock – the clover also started to bolt after using Hatuma Dicalcic Phosphate®.

“The whole property is now covered in clover where it never used to be. It grows on the hill country and it has become quite prominent on the northerly faces.”

“We also have a lot more earthworms now.
When we first took over the farm I was fencing and digging holes and the only thing I used to see was the odd grass grub, but now you can turn the soil over and the earthworms are really active.
The thatch is broken down and the root structures are a lot deeper.

“I believe if you look after the soil the rest will do the job for you. The earthworms are showing us that they are enjoying the life in the soil.

“Quality pasture is most essential. You can have lots of grass and fail to produce good weight gains in your animals. We are more focused on quality pasture and can see the good results coming through in the stock. We now get 70 percent of fat lambs away before Christmas which is good on our country.”

Pat says his ash soils provide enough nutrients for the stock and he doesn’t have to dose his animals with copper.

“Many of my neighbours use copper, but we don’t have any copper issues which is one less cost and concern.”

When it comes to shearing now, Pat says using Hatuma Dicalcic Phosphate® has meant he has lessened his workload because his stock is cleaner.

“You definitely notice that the ewes don’t have dags and the lambs are clean too. The dagging isn’t an issue anymore as we can do that out in the pen with a hand piece and a pouch and we don’t have to drag them all over the board like we used to.”

They have been fencing off wetland and bush areas, so other land can be farmed more intensively across the 8500 stock unit operation.

Pat says he is attracted to Hatuma Dicalcic Phosphate® because it is non-water soluble and he is keen to minimise any run off into waterways.

“We have been doing some conservation work over the last few years and we’ve been retiring out wetland and doing some native planting, so we are very conscious of run off. We find the Hatuma Dicalcic Phosphate suits our sustainable system.”

Pat and Sue’s success has turned heads around the district.

Mark Bowen farms 400ha of flats next door to the O’Briens and says he was impressed by what he saw.

“After a conversation over the fence and while lifting the cray pots with Pat, I was impressed by what he was saying about Hatuma Dicalcic Phosphate.”

“I wanted to get our lucerne crop established and improve the pH levels of the soil so I also started using Hatuma Dicalcic Phosphate and it fitted perfectly with our operation, giving the lucerne a good kick. There is no looking back now.” 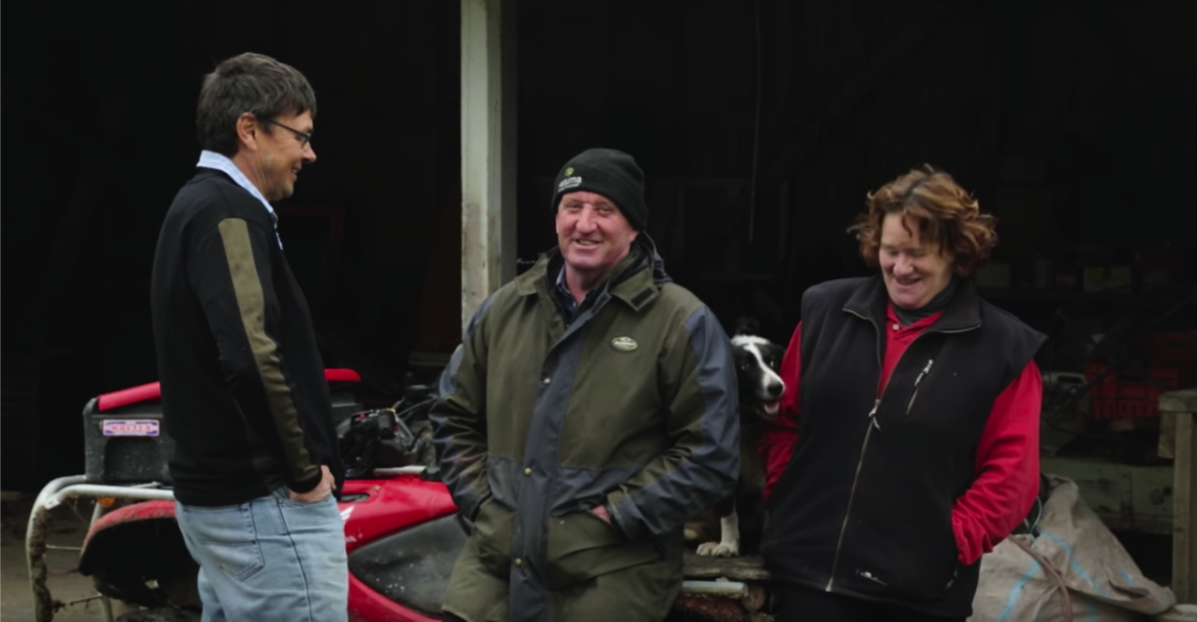