Benefiting the soil with Hatuma 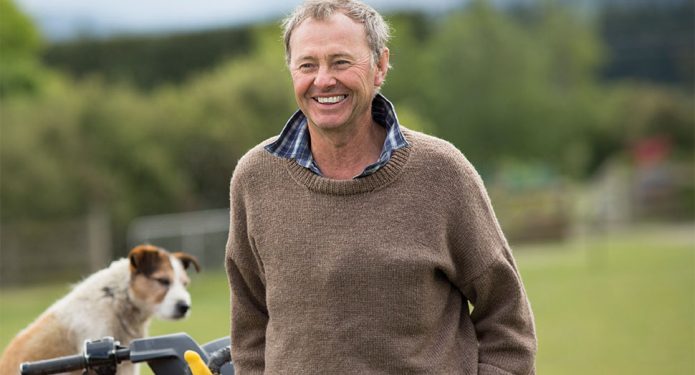 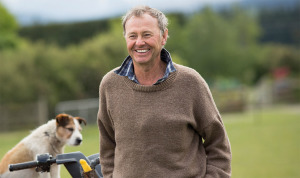 Canterbury farmers Mike and Karen Groters credit getting more and more out of their soil to a cost effective “one-stop-shop” fertilising option, Hatuma Dicalcic Phosphate®.

In just four years since moving to Hatuma Dicalcic Phosphate® they believe they are achieving improved quality and quantity on their 90 hectare dairy grazing unit at Hororata.

A focus on Healthy soil

“The soil is getting better and better and that’s where the benefits are going to be – out of the soil.”

Mike routinely soil tests, with improved results year on year. “The soil is also physically a lot easier to work. It’s not as cloddy and has better structure.”

“For me quality is more important, but as a dairy grazing unit we get paid for quantity.”

“Now we are definitely getting both – with big mobs of cows over a short period of time, there is a lot of pressure on pasture and crops, especially if it’s wet. This year the cow crops stayed healthy right down to the base of the plant and never
went woody.”

“This place was pretty much dead but you notice a lot of earthworm life coming back, so what we’re doing is obviously helping the biology.”

Mike says the cows are a lot more settled. “In the old days they would be lining up at the break fence bellowing but now they seem to be a lot fuller.” 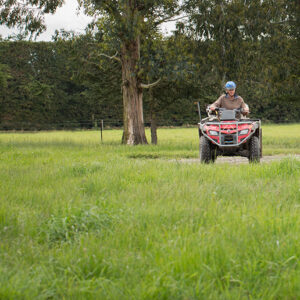 As they intensify their cropping more and more, Mike and Karen have moved to using Hatuma Dicalcic Phosphate® along with a slow release nitrogen in an effort to mitigate losses of nutrients without compromising production.

“Overall, costs are going down. Hatuma Dicalcic Phosphate is a lot more cost effective, a one-stop application and the job’s done.”

Every year Mike says they have cut back on nitrogen applications. “We feel we’re getting better efficiency from the combination of Hatuma Dicalcic Phosphate and the slow release form of nitrogen we’re using. We’re now using less nitrogen than
before. The writing is on the wall. Farmers are told we’ve got to be careful with what we do, so by using Hatuma Dicalcic Phosphate we feel we’re improving nutrient use compared to the old system we were using.”

The results of changing to Hatuma Dicalcic Phosphate® were pretty much instant. Mike says he noticed on the hill block they used to have, the dairy heifers grazed it pretty evenly including the gullies and gorse patches. “The clover is definitely better on grass paddocks too.”

“Some of the bulls we bought were pretty rough. We used to drench them when they came on and then give them another drench after winter, but this winter we felt we didn’t need to do a second drench.” Hatuma’s fertiliser blends mixed in well, providing a prized bonus on fodder beet that Mike and Karen grew for the first time and won them second place in the Courtenay A&P Association winter feed competition.

Mike, who will soon be going from dry land to irrigation by tapping into the Central Plains Water scheme, says another advantage he expects is to use less water with Hatuma Dicalcic Phosphate® because he feels the soil has improved and things are working better. “We’ll be able to stretch our water over a wider area.”

As small block farmers, Mike and Karen enjoy the working relationship with Hatuma’s field team who keep an eye on things. “It’s great to have a fertiliser supplier who wants
to work so closely with farmers of our size.”

Available nationwide. To find out how Hatuma Dicalcic Phosphate® can help benefit your soil, call 0800 80 65 65 or email