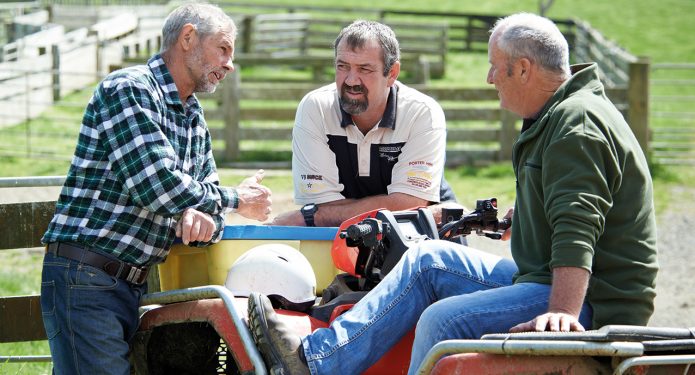 When farmers spot something different happening in their neighbour’s paddock it doesn’t take long for the word to spread.

Sharing ideas from across the fence or during a smoko break have always been one of the best ways to gather information. Having these types of conversations has led three farmers in the Waikaretu District, south of Port Waikato, to experience the same benefits.

It all started when bull farmer Mark Deane was looking for a change to his fertiliser programme. Mark, who likes trying new things, converted to Hatuma Dicalcic Phosphate® on his own block after reading about it and speaking to different people, and four years on, he says he has never looked back.

“The first thing I noticed was the increase in clover growth across the farm, and how the animals began grazing the pasture right down, leaving clean paddocks behind them.”

Meanwhile, Stuart Eyre who runs a 540 hectare fattening operation had been impressed by the grass growing over a nearby lease block’s fence. When Stuart asked the owner what was the secret, he was told, “Eight years of Hatuma Dicalcic Phosphate”.

“I was really impressed with the cattle that came off that block, which wasn’t an easy block. The cows were in good condition and the calves were as fat as seals, so it was pretty impressive.” 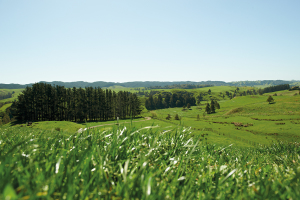 Dave Cheyne farms a 380 hectare sheep and beef breeding and fattening block just down the road from Stuart. Soon enough he started seeing a change happening next door. Dave and Stuart got talking about the new experiences, but “the product sold itself” and Dave became a Hatuma Dicalcic Phosphate® customer too.

Dave says the biggest benefit has been the improved quality of pasture. “I’ll keep my farm pretty short and the quality up, and the animals seem to fly with the quality. We’re getting our lambs to better weights and getting more lambs away quicker.”

Stuart has noticed several changes. “Our cattle’s temperament seems to be a lot better than what it was in the past. We used to get chased out of the yard by the cows, but that doesn’t happen anymore. They seem very contented.”

Mark agrees, “The general animal health of the stock has been getting better and better each year. The bulls have become a lot more contented, and we are now killing them out at a lot heavier weights.”

Talking pasture results, Dave says the clover seems to be very active right through the whole farm at certain times of the year. Stuart has had the same experience. “We have a large clover base through our pastures which wasn’t there previously.

The pasture quality certainly seems to add weight on the animals on the farm. They are really enjoying what they’re getting.”

Another bonus Stuart believes is that the earthworm population is increasing. “The cow pats seem to disappear pretty quickly now and when you kick one over there are plenty of worms underneath it doing their job.” 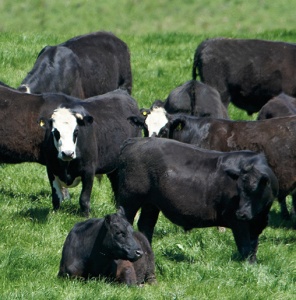 One of the benefits for Stuart was coming through two successive droughts without having to destock. He also sees stock health as critical. “I haven’t lost a cow for three years to grass staggers or any of those associated problems. Whether that’s relative, I don’t know, but you have to assume the Hatuma Dicalcic Phosphate is helping that.”

“Cattle weights are going up. In the past we had to push them and wait for them to come up to market and now they’re there all the time, which makes life easier. The empty rate on the cows is virtually down to nothing now, only two out of 160 last year, so that’s a big improvement on where we’ve been in the past.”

Dave says he seems to be getting more lambs away straight off the ewe at better weights and his weaners are better too, at 10kg a head.

All three farmers agree customer service matters and so does price – and Hatuma Dicalcic Phosphate® works in all their budgets.

“Changing to Hatuma Dicalcic Phosphate I’ve been able to fertilise one hundred percent of my farm and do it properly instead of concentrating on just the good stuff, which we were doing in the past,” says Dave.

Available nationwide. To find out how Hatuma Dicalcic Phosphate® can help benefit productivity your farm, call 0800 80 65 65 or email